Pay for Success Contracts under FAR? (Different from what we call "Performance Based") 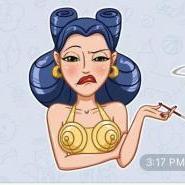 By Tzarina of Compliance,
September 8, 2021 in Contract Administration